“According to policy makers, climate policy therefore gives the EU member states a “competitive disadvantage” compared to non-EU countries and they fear that companies would move to other places. But about which disadvantage do we talk?”

“The EU and Flanders therefore assume that electricity suppliers pass on CO2 costs to their customers, and that energy-intensive companies feel this in their wallets. Therefore, these companies must be compensated for this”

“Ironically, this Climate Fund is financed with the income from the same EU ETS. […] Belgium receives about 2.5% of the total European auction revenues. This Belgian part is further distributed […]. Around 53 % goes to Flanders.” Total distribution: https://t.co/fEVAgRvOKD

“In 2017, the Belgian auction revenues amounted to 143.5 million euros, of which 46.75 million or 33%, went to compensations for energy-intensive industry […] distributed through the […] Hermes Fund, that falls under the authority of minister @philippemuyters (N-VA)”

“Isn’t 33% for subsidies to energy-intensive companies very much? The EU wants Member States from 2020 to aim not to use more than 25% of auction revenues for this type of compensation.”

According to @klimaat_be: “high percentage can be explained by the historically “limited CO2 emissions” of the […] electricity sector. […] Belgium relatively small share […] But: “important energy-intensive industrial cluster, with a relatively high consumption”

How is compensation amount determined?

“The @EU_Commission determines the CO2 emissions per MWh for different geographic regions: for Belgium, which belongs to the same energy region as Germany and the Netherlands, it amounts to 0.76 tons per MWh.” @nworbmot

Argument (ex-minister, thanks to @AnunaDe) @JokeSchauvliege: “Therefore the Flemish framework is equal to that of the Netherlands and Germany, which is important for our competitive position”

Argument @philippemuyters: it is about “European regulations that Flanders needs to adapt to.” There is no freedom […] The @EU_Commission is currently looking into an adjustment for the period 2021-2030. Flanders will follow […]. “

“In addition to all the benefits, energy-intensive companies also receive a number of ‘emission rights’ for free. This does not contribute to saving energy “, according to @JohanDanen, who also points to a necessary review of the European emission trading system.”

[based on summary for academic position-paper that I wrote in October 2017 –> https://t.co/tJHjEbsiSM] 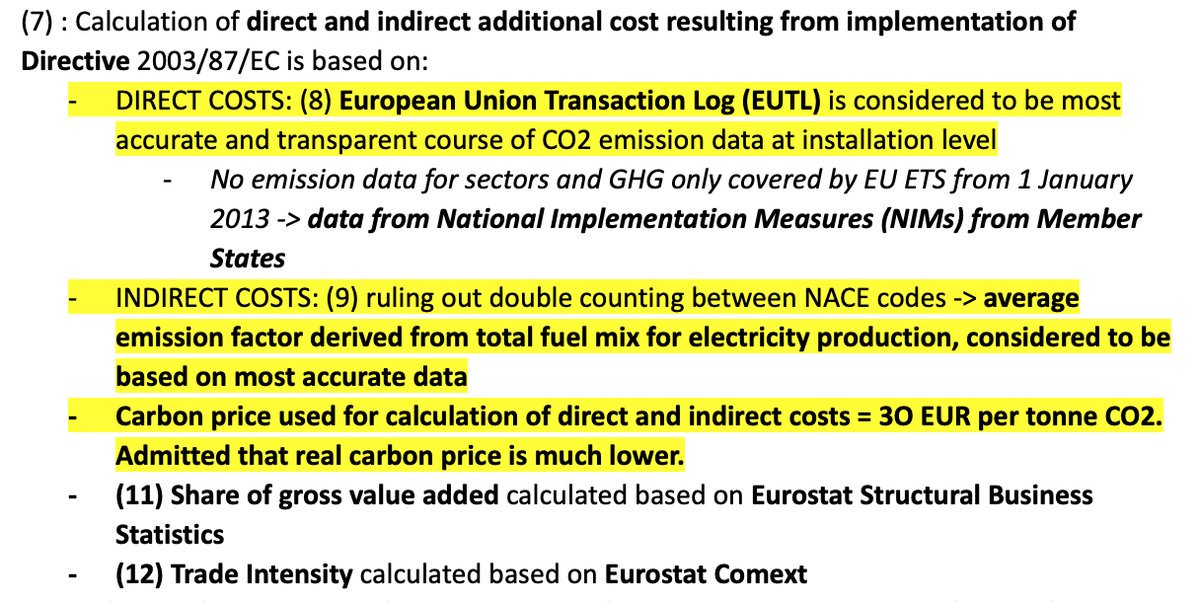 ! : “subject to evolution of international negotiations” 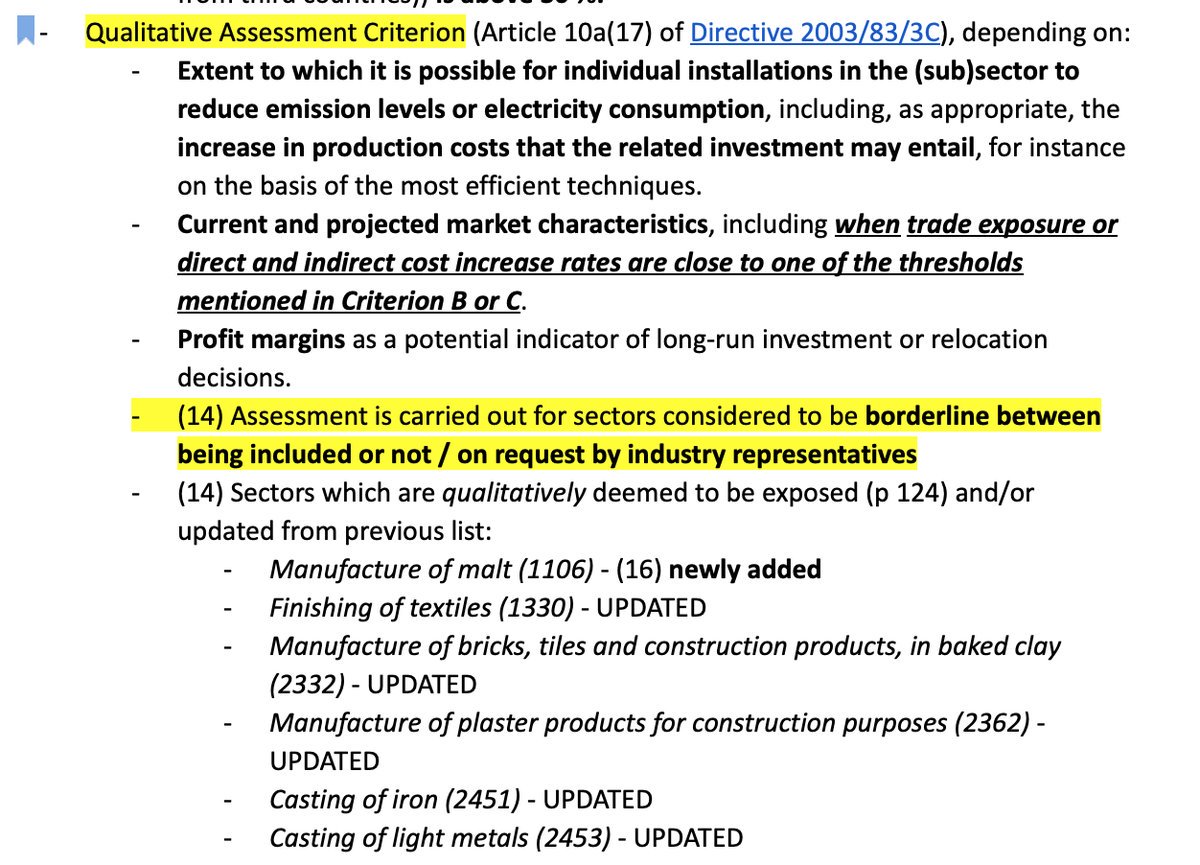 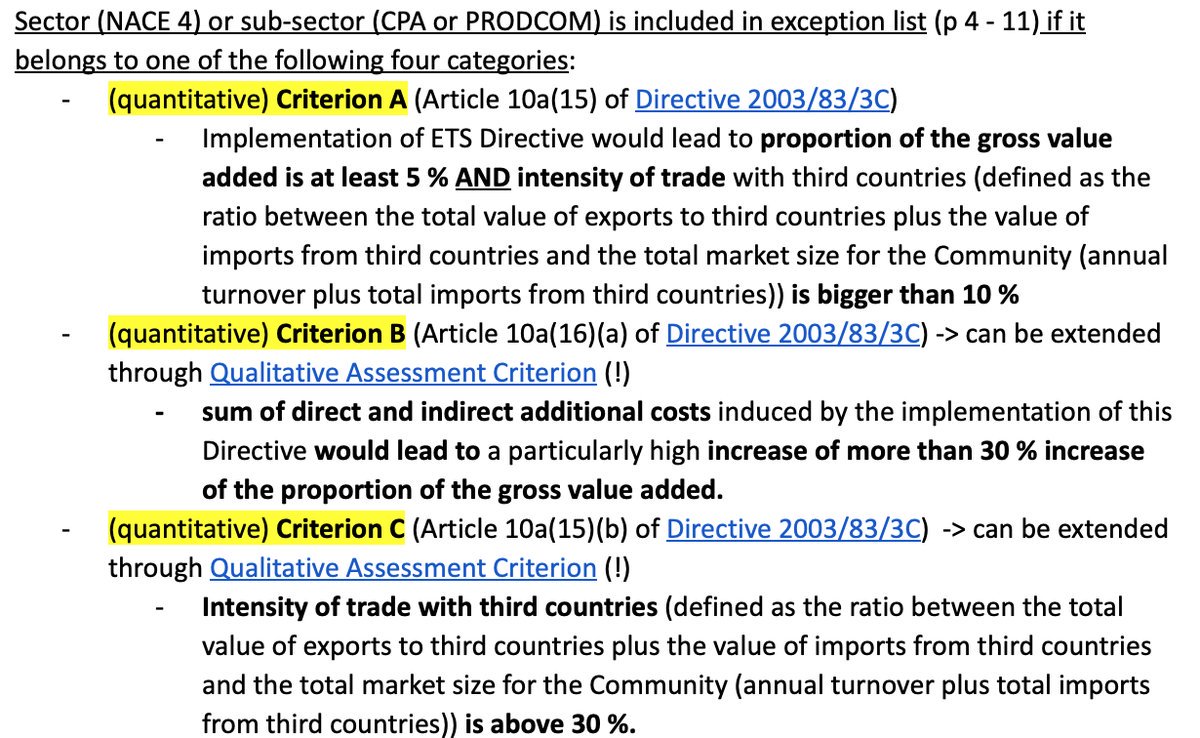 [3] The carbon leakage list seems to be relatively arbitrarily constructed, and might cancel out the intended target. If the member states and regions (including Flanders) also oppose this by giving extra support, the whole scheme is cancelled out.

[4] Much boils down to transparency and participation in EU legislation. ‘Better regulation’ initiative is in the right direction, but is still not picked up enough by NGOs and Academic world:

[5] EX: Why are there mainly business associations in the ‘EU expert group on climate change policy’ ? Where is the academic community ? [https://t.co/Wbd4dT3MPo ] And why are the meetings and reports closed? Who represents the Member States? https://t.co/kAQkyVrzNs

[6] https://t.co/dagQUKJgxC Currently, new list under discussion @Europarl_EN “The CLL identifies 63 sectors […] covering about 94% of industrial emissions (98% of emissions covered by the CLL 2015-2020)” + At first sight, nothing changed. Maybe @Europarl_EN give it a turn?