🤔What were related comments received? 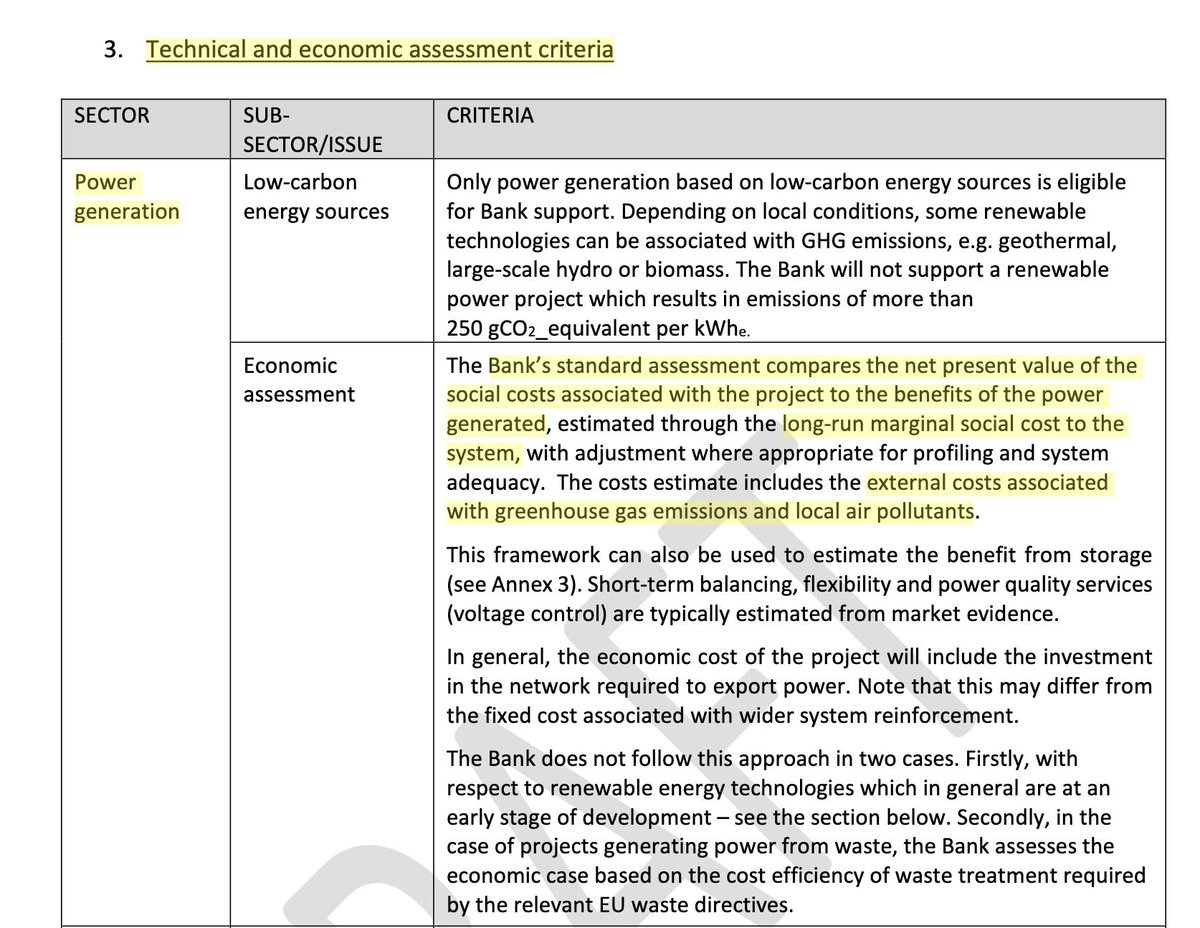 🤔 How are external costs calculated and applied in project assessment?

@EIB intents to use @JosephEStiglitz @lordstern1 cost estimates from 2017 up to 2050, in mid- to high range scenario:

(a*) This means dropping low-range scenario sourced from @SEIclimate 2006-study in 2013 [‘Economic Appraisal of Investment Projects at the EIB’ @calthrop_e: https://t.co/6OkNFEljDl], which was reiterated and extended to 2050 in 2015 ‘EIB Climate Policy’ [https://t.co/VS3yiWDgZO] https://t.co/sqLjrbYvIl 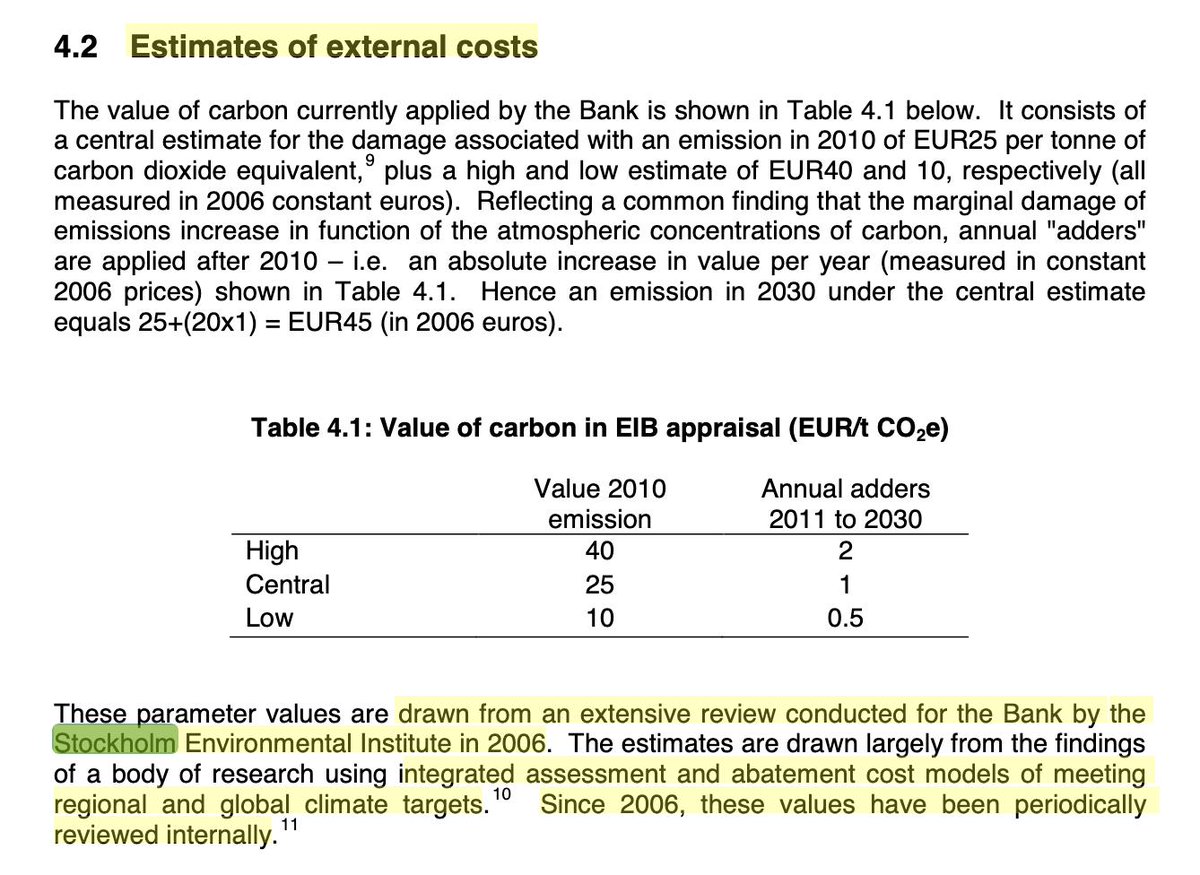 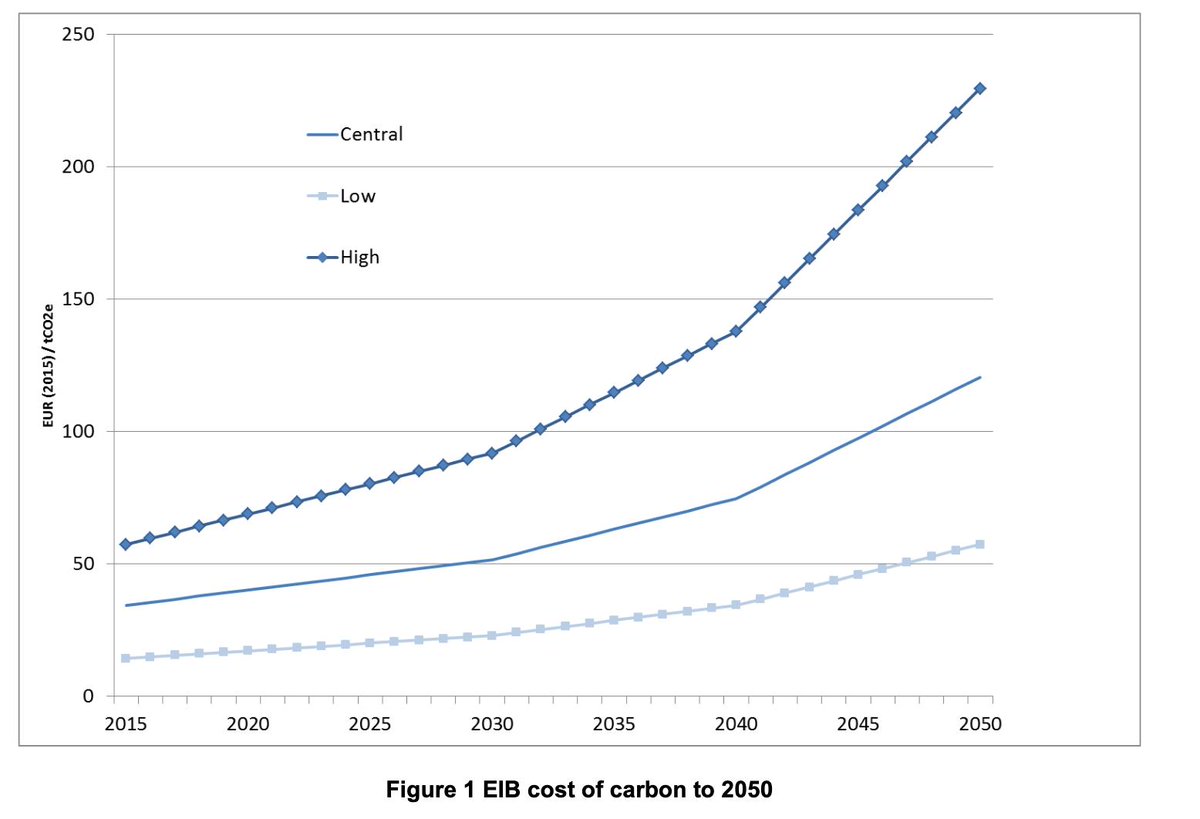 Climate impacts should not be monetized

Climate impacts should not be monetized to start with. This is an existential problem that requires political decisions, not monetary cost-benefit balancing.

mainstream economic research does not account for this, and doesn’t acknowledge this sufficiently

Using unreliable long-term estimates for real-world policy that affects everybody is unresponsible.

The only thing that counts is deciding that:

Do what it takes.

Further info on how those monetary values are used in @EIB project assessment:

“Cost-benefit analysis needs to account for costs that already have been internalized through other policy measures” (such as EU ETS, price-floor, fossil subsidies)

This seems a very slippy ground. @EIB admits this. https://t.co/eJvP2osWO4

“The bank does not make those public”

(2) Carbon capture and storage #CCS is not a miracle solution (although good to deploy, we will need it)

(3) Planting trees on the scale that was recently argued to be used as a tool for climate mitigation, is neither a solution (although nevertheless, good to take care of that as well)

(4) The EU ETS system did until now not provide what it was designed for.

Even the recent decline in coal production in Germany can be hardly attributed to the EU ETS, and is rather an effect of decreasing international gas market prices.

(5) In addition to unclear @EIB subsidy rules based on monetary values of climate change, there is the problem of subsidizing fossil fuel-dependent sectors :

(6) In addition, there are legal obstacles. This has been described very clearly by @ClientEarth @KylaTienhaara in a letter to the UN Commission on International Trade Law (#UNCITRAL)

An example is the Germany company #Uniper lawsuit using Investor-State Dispute Settlements regulation against the Dutch government for it’s coal-phase out @corporateeurope https://t.co/LmXFvyUh3O

Based on @EUCouncilPress @Transport_EU docs, it does not seem that member states realize this.